150 Years of Intervarsity Sport at the University of Melbourne 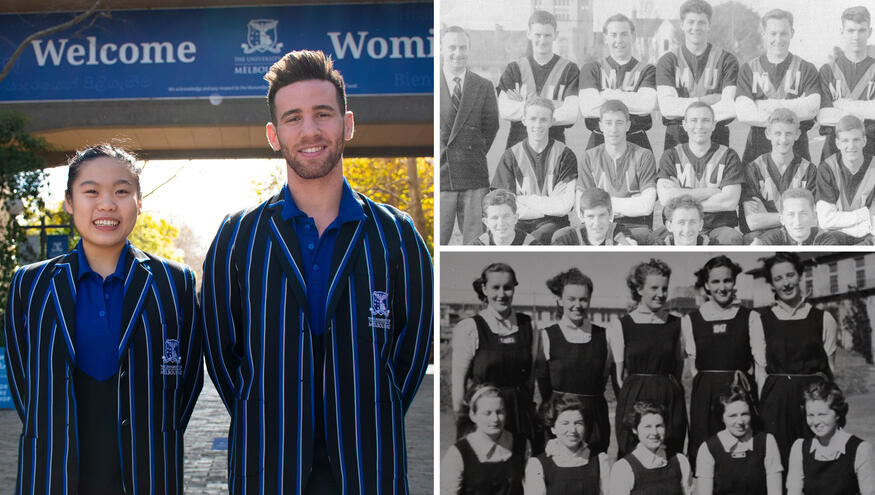 While the state of affairs in the world has prevented us from coming together to celebrate this milestone in 2020, 2021 will feature a range of events to mark the anniverary.

Celebrating the Intervarsity Tradition in 2021

2020 was set to be a celebratory year to recognise the past 150 years of intervarsity sport at the University of Melbourne. Plans were in place to celebrate the milestone at all 2020 intervarsity events and at a gala event for intervarsity alumni to reconnect with their teammates of yesteryear.

We are happy to announce that plans are now in place to celebrate the milestone throughout 2021. A packed intervarsity calendar will commence in March 2021 with the Aon Uni 7’s Series, the PAC6 Tennis competition, the new University Basketball League and the Big Blue rivalry with Monash, where our 150th anniversary logo will be proudly displayed, and history of intervarsity sport celebrated.

The 2021 Australian Boat Race and a T20 Cricket match with the University of Sydney are set to occur in October 2021 and will provide a platform for the two universities to celebrate the inaugural competitions from 1870, while all Melbourne teams will celebrate the milestone at 2021 UniSport Australia events, such as Uni Nationals.

Plans are also underway for a gala event in the second half of 2021 - if you or your intervarsity teammates are interested in attending, sign up as a sporting alumni below to receive updates in the coming months.

Register as a Sporting Alumni

If you have ever competed for the University of Melbourne, we want to hear from you. Click here to let us know what sports and years you donned the University blue to help us build a robust database of the last 150 years. By entering your details we’ll keep you up-to-date with the plans to celebrate the anniversary in 2021. We would also appreciate your help in passing this link to other alumni you know who also represented the University.

Register as a Sporting Alumni

Where it all began - the first Australian Intervarsity competitions

In September 1869, members of the Melbourne and Sydney University Cricket Club agreed to a Cricket match between the two Universities. Correspondence from the Clubs indicated that an intervarsity contest seemed like a natural development for all involved:

"...Our members being exclusively members of the University, we neither employ nor play professionals, a practice you will doubtless commend, since it appears desirable that a University Club should possess some distinctive feature apart from others..."

It was also noted that Cricket was not the only competition available for the two rival Universities:

"The interest and excitement of a cricket match might be heightened too by a Boat Race..." and that further entertainment could be found in "a few contests in running, jumping, throwing the cricket ball etc...after the match".

And so in the final days of 1870, members from The University of Sydney arrived by boat in Melbourne for a Cricket match and a Boat Race, and the tradition of Intervarsity Sport in Australia began.

Taken from The Ties That Bind: A History of Sport at the University of Melbourne by June E. Senyard (excerpt here)

As part of the celebrations, we will highlight some of the fantastic personal stories and experiences that have been told over the years.

If you are interested in sharing any stories from your time playing Intervarsity Sport, please get in touch with us!

Sport has a special significance in the overall advancement of education at the University of Melbourne.

The University prides itself on the performance of sporting clubs, teams and high profile athletes, and in providing opportunities for students to participate in a broad range of activities, at all levels, that encourage regular physical activity and social interaction that develop and support healthy lifestyles.

There are several ways to make a meaningful contribution to the legacy of Sport at the University of Melbourne.