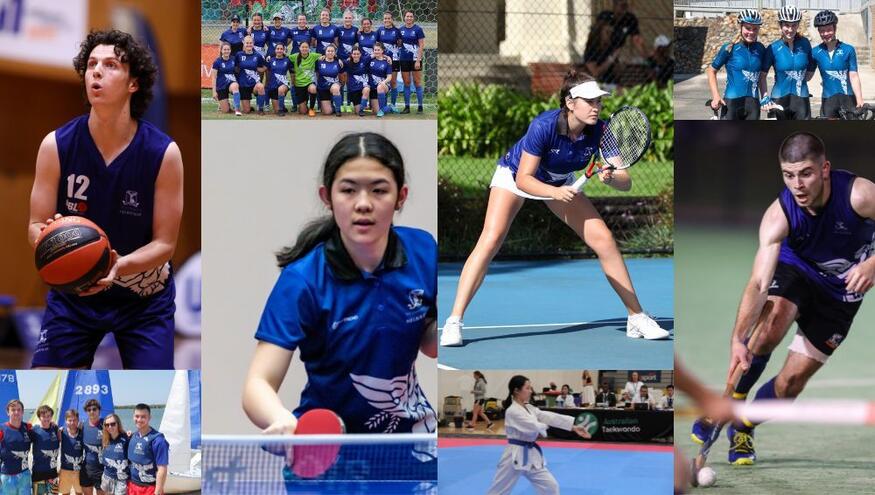 The University of Melbourne continued to prove it is one of the country’s premier sporting universities by winning six National Championships at the 2022 Uni Nationals in Perth, taking the University's tally for 2022 to seven after Women's Freestyle claimed gold at Snow Nationals in early September, to claim third overall in the 2022 overall rankings. The seven titles mean the University claims the John Campbell Trophy as South Overall Champions.

Leading from the front, University sport captain Gabby Coffey earned a gold medal as part of the undefeated Women's Netball side which dominated the competition, their smallest winning margin being the gold medal match which they won 60-48. The 2022 event was the first Uni Nationals since 2019, meaning Women's Badminton, Women's Fencing and Women's Table Tennis all defended their titles won on the Gold Coast in 2019.

The University was also honoured as the South Spirit Champion for the support and comradery shown by all athletes who represented the University in Perth.

See below for a full list of each team's results.

Click on each of the sports below to check out the results of each of our Winged Victory teams.

Rimes and Coffey to lead Winged Victory in Perth

The University has announced its sporting captains for 2022; Joel Rimes (Doctor of Philosophy - Immunology) and Gabby Coffey (Bachelor of Arts) will be leading the Winged Victory teams in Perth as student-athletes compete across 19 different sports. Having not taken place since 2019, the competition is returning for a week-long event from 24-30 of September.