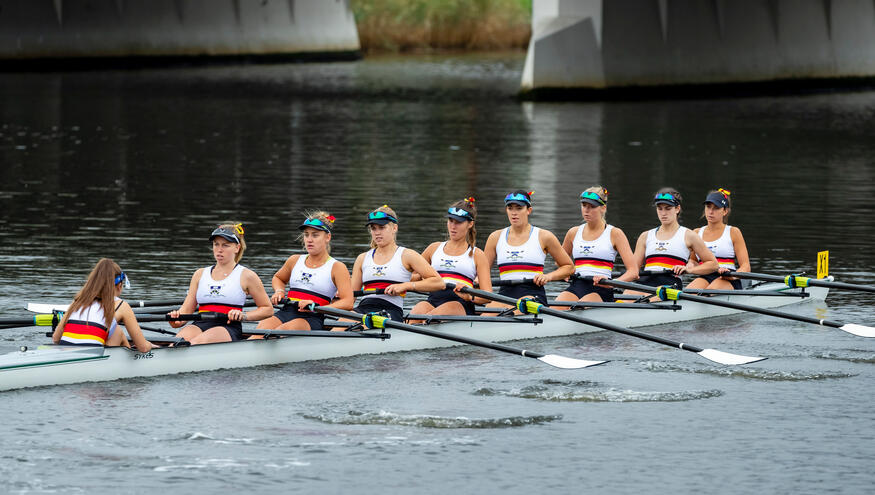 On Saturday 7 May, the Yarra River played host to the 141th edition of the College Rowing Regatta, continuing the tradition since the event's first in 1881. The clear weather provided excellent conditions as spectators flocked to the banks of the Yarra for the year’s biggest Intercollegiate event.

Competed over 800m, the Women’s 2nd VIII event was entirely about speed. A very neat Ormond crew finished on front of Trinity at the finish line, with University College coming third.

For this year, a change was made for Men's 2nd VIII rowing distance. Currently, the men race over 1,600 metres, but the distance was reduced to 1,200 metres due to maintenance works. The results of this change were encouraging as crews handled the shorter distance well. The Men’s 2nd VIII saw Trinity, University and Ormond Colleges making their way into the final. Trinity took out the double this year with a very well-deserved win.

For the Women’s 1st VIII event, Ormond’s overall superiority in women’s college rowing was confirmed when they easily won the A Final.

Overall, it was a highly successful event, underpinned by good weather and enthusiastic crowd support. Congratulations to the winning crews from Ormond and Trinity. Additionally, many thanks to the volunteers from Melbourne University Boat Club, who contributed significantly to the running of the event and special mention to Greg Longden and Maddy Goldsmith as the Regatta’s principal organisers.

The Regatta may have been the busiest College Sporting event of the semester, but the competition has been fierce across all sports as the Colleges compete for the Tickner Cup. Results so far: