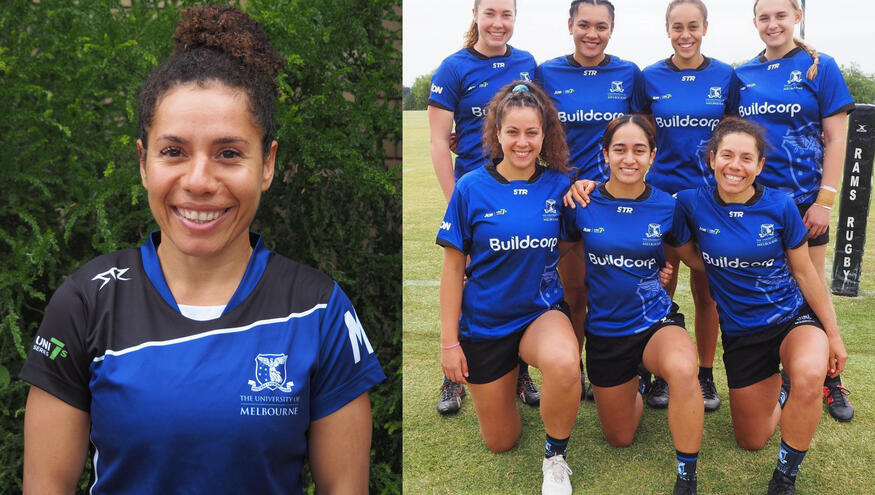 The Aon Uni 7s competition is part of Rugby Australia’s high performance pathway program for women and is entering into its 4th season in 2021. The competition supports the growth of women’s participation in the code and provides the opportunity for players to ultimately progress through to the Australian Olympic 7s team. University teams can contain students and a limited number of alumni, students from other institutions and non-students.

Coach Jason Rogers was excited to confirm Kawa as the University’s 7s captain for the upcoming season.

“Melanie is a work horse on and off the field. And her passion and enthusiasm on the pitch make her a strong role model for the younger girls in the team”, said Rogers.

The new captain was equally excited to lead the team in 2021.

“Melbourne has become my home-away-from-home and these girls are like my family. And I’m very honoured to be given this opportunity to lead the team this year”, said Kawa.

Rogers along assistant coach Scott Aldington, have named the 25-player squad, which includes nine returning players who represented the University in the last tournament in 2019 (season 2020 was cancelled due to COVID-19).

Team Manager Samantha Homewood was excited to see the hard work of these players recognised through their inclusion of the squad.

“We had more than 80 girls express interest in the program and over the last three months we’ve narrowed the squad down to the final 25-sqaud that we’ve announced today” she said.

The top four teams from each regional tournament will progress through to the Aon Uni 7s Final Series over the weekends of 24 - 25 April and 8 - 9 May.