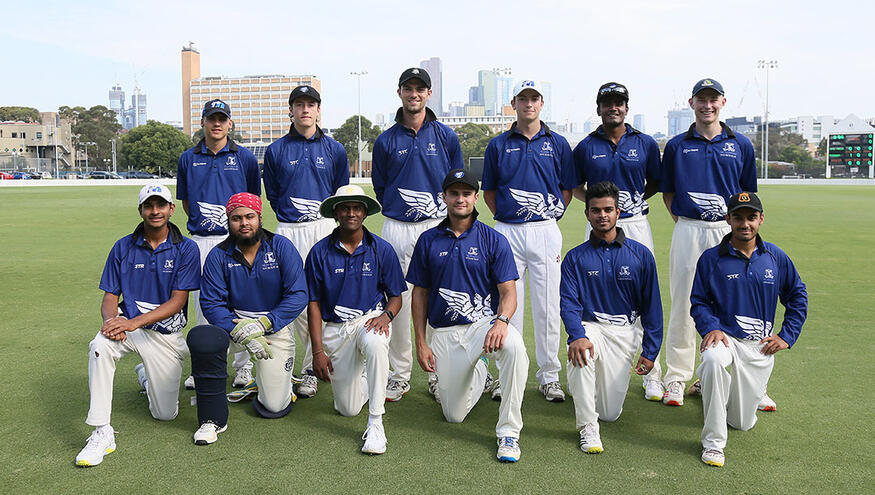 The annual Big Blue competition against Monash University kicked off with Melbourne's Men's T20 team storming to victory at the Parkville campus this week.

A tidy bowling effort from Melbourne meant that only a single batsman made an impact on the scorecard. The bowlers shared the wickets as Janak Prakash (Commerce), Doug Warren and Sakshim Kapoor (Commerce) each claimed 2 wickets without giving away many runs. Monash ended their innings at 9/141 in good cricket conditions.

With a modest target set by Monash, Melbourne started their run chase steadily. Commerce students Jagadeswara Koduru (54* runs from 27 balls) and Mitchell Domann (56 runs from 27 balls) turned on the fireworks through the middle overs, piling on runs in a match-winning partnership. Koduru struck consecutive sixes to win the game, with Melbourne reaching the target after 14.2 overs and 7 wickets in hand.

The Big Blue rivalry against Monash continues through Semester 1, with Melbourne's Soccer, Tennis and Touch teams heading to Monash Clayton later this month.