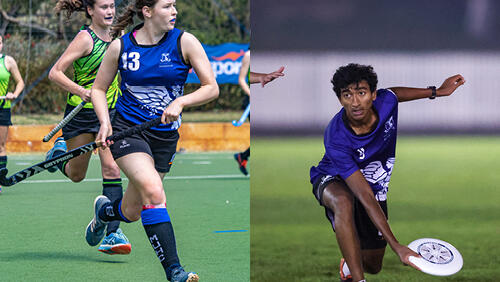 Eight-five Blues recommendations have been approved by the Director of Sport to recognise the intervarsity performances of student-athletes in 2022. The Blues Advisory Group reviewed 107 Blues nominations from 32 sets of nominations before making their recommendation for 28 Full Blues (19 for women and 9 for men) and 57 Half Blues (32 for women and 25 for men). The awards reflect the seven national university titles won by the University of Melbourne in 2022 (women’s Badminton, women’s Fencing, women’s Hockey, women’s Netball, women’s Freestyle Skiing, women’s and men’s Table Tennis) along with our three national runners-up titles and 10 national 3rd place finishes. Blues and other intervarsity sport awards will be presented at the 2022 Blues and Sports Awards Presentation on Friday 25 November. See the list of approved Blues here.