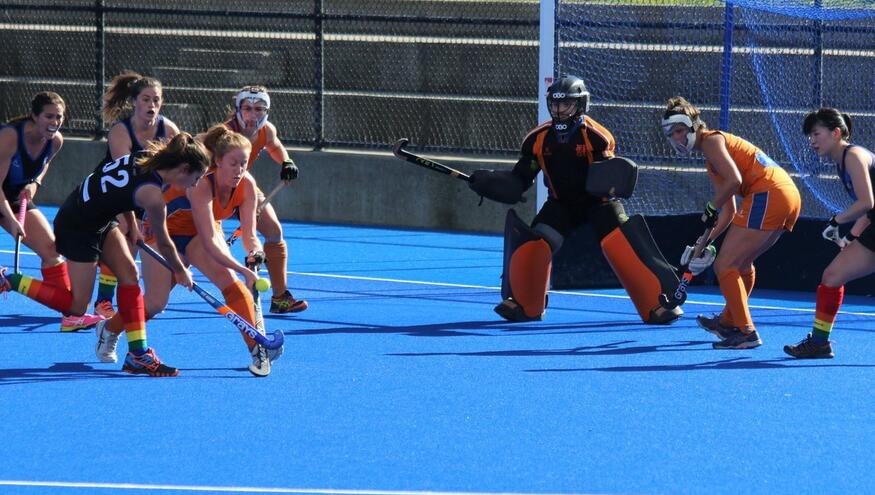 MUHC is one of the largest, oldest, and most successful hockey clubs in Victoria.

Both the men's & women's 1s play in Premier League, with teams then down through the grades. Whether you're looking for a serious competition or a social hit around with friends, there's a team to suit you: all up we field 7 men's teams, 7 women's teams, 4 men's masters teams, and 1 women's masters team.

Come down to training, or email the Women's Convenor or Men's Convenor for more information. Fees & Registration details can be found on the MUHC website, and our fees are amongst the cheapest in Victoria!

Email us about Men's Hockey

Email us about Women's Hockey

Training times vary by team, across Tuesday, Wednesday, and Thursday nights, either at the Melbourne University hockey pitch or the nearby State Netball Hockey Centre. Full details can be found on the MUHC website.

MUHC teams compete in the Hockey Victoria competitions, across various grades from Premier League, to Pennant, to Metro, and Masters. Home games played at the Melbourne University hockey pitch or the State Netball Hockey Centre.