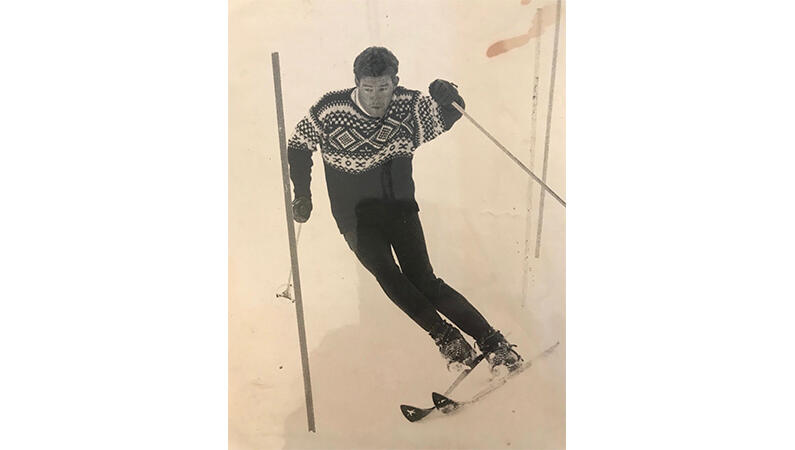 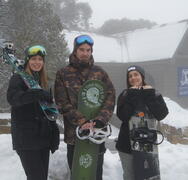 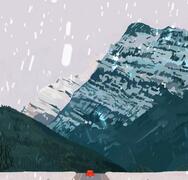 2020 marks the inaugural presentation of the Snow Australia Medal, bestowed upon winter sport athletes by Snow Australia in recognition of representing Australia at the highest level in their sport. Awarded progressively over multiple weeks, the medal has so far been awarded to 20 athletes, including three previous students of the University of Melbourne, Cedric Sloane (1915 – 1992) and Barry Patten (1927 – 2003), who both competed at the 1952 Oslo Winter Olympics, and Peter Wenzel (1943 – ) who represented Australia at the 1964 Innsbruck Games.

Sloane was a high school boarder at The Geelong College before graduating and moving to Ormond College, where he studied Civil Engineering at the University. During his time at the University, Sloane was also the president of the University Ice-Skating Club. However, Sloane’s Olympic recognition comes not from ice-skating, but from being the shared first Cross-Country skier to represent Australia at the Olympics, alongside fellow award winner, Bruce Haslingden.

Unlike his Cross-Country Skiing teammate, Patten is recognised by Snow Australia for going *down* hills, as a competitor in the Slalom, Giant Slalom, and Downhill events. Patten graduated from his degree in Architecture at the University in 1951, shortly prior to competing at the 1952 Olympics. After the games, Patten’s career in architecture was highly successful, with his name attributed to many high-profile buildings in Melbourne, including the Sydney Myer Music Bowl, 140 Williams St (formerly BHP House), and the Victorian State Government Offices.

An Alpine Skier as well, Wenzel was originally selected for the team as a reserve. However, when Wenzel’s teammate Ross Milne was killed in a freak training accident on the racecourse while practicing for his events, Wenzel was called up as his replacement. However, he wasn’t without training or ability – Wenzel had been awarded sporting Blues at the University in 1961, 62, and 63, before heading over to Austria to compete in the Winter Olympics in 1964. He competed in the in Slalom, Giant Slalom, and Downhill events, racing alongside fellow Australians to honour the memory of their teammate, Ross Milne.

The Snow Australia Medal highlights the achievements of these athletes, who undertook a massive effort to make it to the Winter Olympic Games. With very little alpine infrastructure available for training and no professional sporting body comparable to modern standards, these athletes were considered amateurs, and often had to balance work with whatever training they could fit in. Furthermore, Sloane and Patten endured a six-week long ship journey to make it to Norway – talk about tough conditions to prepare for an Olympic competition! Although they ultimately did not stand a chance against the polished Scandinavians and other Europeans, their participation at the Winter Olympic Games has nonetheless been an important factor in paving the way for many other Australia winter athletes to succeed internationally.

Pictured: Peter Wenzel in the middle of a Slalom course.