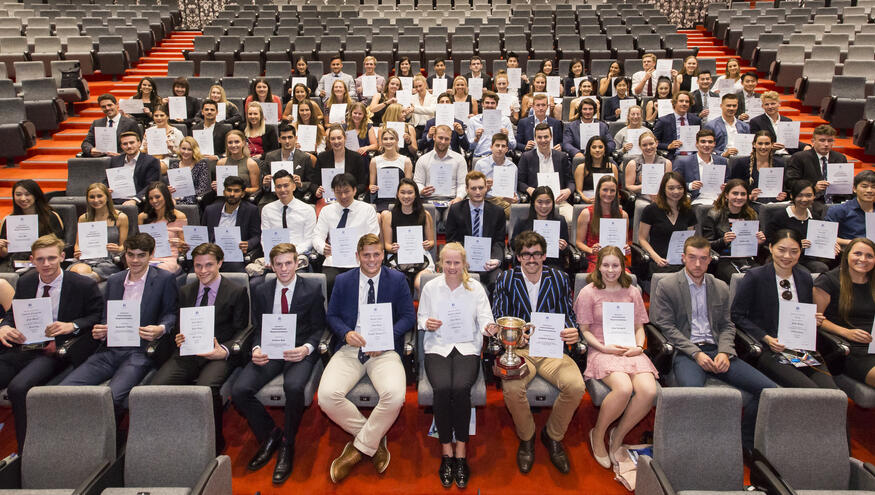 Sport at the University of Melbourne is nearly as old as the institution itself.

Outstanding sporting achievement and distinguished service to intervarsity sport is recognised by the annual awarding of Blues and Sports Awards. The University of Melbourne awards Blues to student-athletes for outstanding sporting performance at the UniSport Nationals Div 1 and 2 and Championship events.

Read the 2019 Blues and Sports awards wrap-up here. A complete list of the awardees can be downloaded here.

Find out who took out the awards at the 2017 Blues and Sport Awards in our recap. A complete list of the 96 Blues Awards and 54 International Representation award recipients can be viewed here.

Further Blues and Sport awards history is available on request.

For more information regarding Blues and Sports Awards, contact: