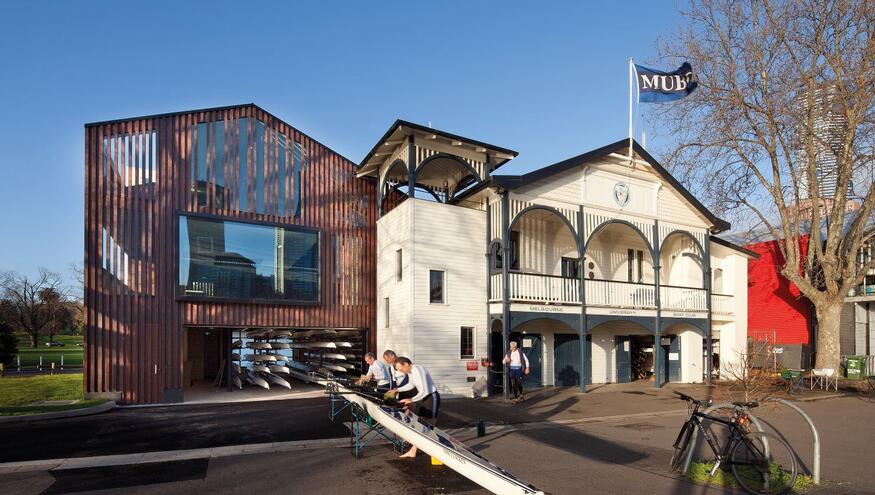 The John Hall Rowing Scholarship offers up to $10,000 annually for a University of Melbourne student who is a member of the Melbourne University Boat Club

In honour and memory of John Hall, his son Richard created the John Hall Rowing Scholarship to support talented rowers to continue competitively rowing with the Melbourne University Boat Club whilst studying at the University of Melbourne.

Applications for 2022 students are now closed.

The John Hall Rowing Scholarship supports student-athletes striving to balance a competitive rowing pathway with their studies. Successful scholarship applicants will be emerging or talented rowers with a desire to continue rowing competitively at the Melbourne University Boat Club while studying at the University of Melbourne.

Applicants should be student-athletes who are:

John Hall began at the University of Melbourne in 1952. Having rowed at high school, John was immediately identified as a championship calibre oarsman and took the seven seat in the Melbourne University Boat Club senior men's heavyweight eights in the 1951-1952 and 1952-1953 club seasons and also in the victorious MUBC men's heavyweight eights at the 1952 and 1953 Intervarsity regattas. John's status as an elite oarsman was confirmed when he was selected, aged 19, for the successful 1953 Victorian King's Cup crew. Unfortunately for John, financial considerations caused him to cease competitive rowing in late 1953. John sat on the river bank and cheered while his MUBC and Victorian rowing comrades went on to Intervarsity successes in 1954, 1955 and 1956, King's Cup victories in 1954 and 1956 and an Olympic medal in 1956 in Ballarat.

John reconnected with MUBC when his eldest son Tony joined the club for the 1977-1978 season and started at the University of Melbourne in 1978. John's second son Richard started at MUBC in the 1979-1980 season and at the University in 1980 and daughter Kate started rowing for MUBC in the 1981-1982 season. All three of John's children rowed successfully for Victoria, and Kate took a bronze medal for Australia at the 1986 Edinburgh Commonwealth Games.

John stayed close to all his old rowing mates until the end of his life, and his funeral service was attended by several members of the 1953 MUBC Intervarsity heavyweight eight. At the time of John's death, he still had his official King's Cup blazer, his University of Melbourne "blues" blazer, a navy blue rowing singlet with a white "V" (in excellent condition) and a faded navy sweatshirt emblazoned "MUBC", worn thin but well loved. John lived another 60 years after he gave up rowing, certainly from time to time thinking about, but almost never speaking of, what might have been or the rowing successes he might have achieved had financial issues not taken him away from competitive rowing. John made sure the rowing careers and successes of his children did not suffer the same fate.

So it is in honour and memory of John Hall that his son Richard created the John Hall Rowing Scholarship, in the hope that these funds may help keep young, talented rowers in the MUBC boats where they belong.