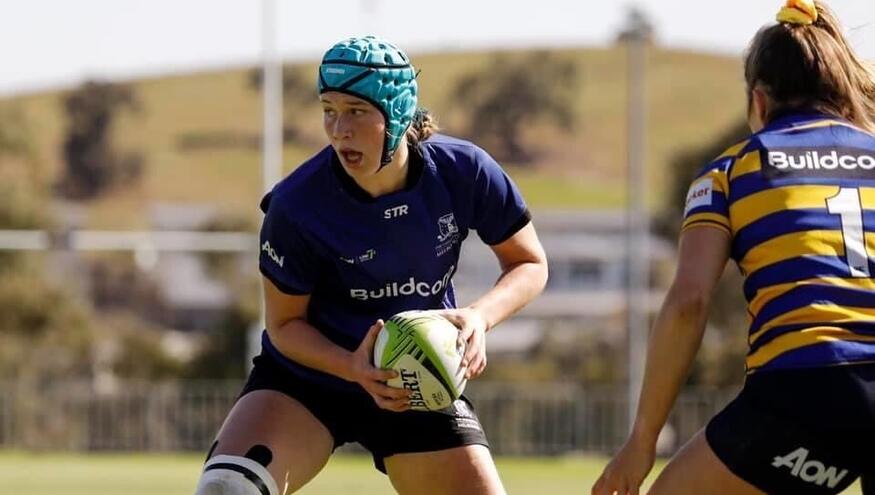 The University of Melbourne offers a tertiary education and sporting scholarship of $5,000 plus a suite of support services as part of the Rugby Young Achiever Award.

The scholarship honours the spirit of Sir Edward "Weary" Dunlop in its search for a student rugby player who exemplifies the attributes he represented: leadership, academic endeavour and sporting excellence.

Applications for graduating high school student-athletes planning to commence their studies at the University of Melbourne in 2022 closed on Friday 22 October 2021.

The Rugby Young Achiever Award will support student-athletes striving to balance a competitive rugby union pathway with their studies. Successful scholarship applicants will be emerging or talented rugby union players with a desire to continue playing competitively at the Melbourne University Rugby Football Club while studying at the University of Melbourne.

We invite applications from student-athletes who are:

The Award recipient will receive a scholarship that includes:

Up to two Rugby Young Achiever Award runners-up will receive a Peter Hone Rugby Scholarship. This scholarship was established by Melbourne University Rugby Club alumni in recognition of the services of Past-President, coach, player and Club stalwart, Peter Hone.

2 Provision of the rugby scholarship is contingent on the award recipient joining the Melbourne University Rugby Football Club for the 2022 season and will be payable in two instalments of equal value in April and July, 2022.

3 The Melbourne University Sport Winged Victory Scholarships are facilitated as part of the Elite Athlete Program and include a range of in-kind service support and subsidies.

Whilst at university, Dunlop took up rugby union, commencing as a fourth grade player with the Melbourne University Rugby Club in 1931. He made a lightning-fast progression through the grades, to state and then to the national representative level becoming the first Victorian-born player to represent the Wallabies. He made his national representative debut against the All Blacks at the Sydney Cricket Ground on 23 July 1932 as a number 8. In the first Test of 1934 he again appeared for Australia, this time as a lock.

Australia won the match 25-11, and two weeks later the second and final match of that year's Bledisloe Cup series finished in a draw. Although Dunlop missed that match due to injury he stands as a member of the first Wallaby squad to have won the Bledisloe Cup away from New Zealand. Posthumously, in June 2008, he was inducted into the Wallaby Hall of Fame. To date, he is the only Victorian so honoured.

Dunlop had been a school cadet, and he continued his part-time army service until 1929, when his service ceased under pressure from his pharmacy studies. He re-enlisted in 1935 and was commissioned into the Australian Army Medical Corps on 1 July with the rank of Captain. In May 1938 Dunlop left Australia for London by boat. He was the ship's medical officer. In London he attended St Bartholomew's Medical School and in 1938 became a Fellow of the Royal College of Surgeons.

At the outbreak of World War II, Dunlop was appointed directly from London as VX259, to medical headquarters in the Middle East, where he developed the mobile surgical unit. In Greece he liaised with forward medical units and Allied headquarters, and at Tobruk he was a surgeon until the Australian Divisions were withdrawn for home defence. His troopship was diverted to Java in an ill-planned attempt to bolster the defences there. On 26 February 1942, he was promoted to temporary lieutenant-colonel. Dunlop became a Japanese prisoner of war in 1942 when he was captured in Bandung, Java, together with the hospital he was commanding.

Because of his leadership skills, he was placed in charge of prisoner-of-war camps in Java, despite not being the senior ranking officer there.. After being held in a number of camps in Java, he was eventually moved to the Thai-Burma railway, where prisoners of the Japanese were being used as forced labourers to construct a strategically important supply route between Bangkok and Rangoon. Dunlop commanded the first Australians sent to work on the railway, in January 1943. Conditions in the railway camps were primitive and horrific — food was totally inadequate, beatings were frequent and severe, there were no medical supplies, tropical disease was rampant, and the Japanese required a level of productivity that would have been difficult for fully fit and properly equipped men to achieve.

Along with a number of other Commonwealth Medical Officers, Dunlop's dedication and heroism became a legend among prisoners. A courageous leader and compassionate doctor, he boosted morale in those terrible prison camps and jungle hospitals. Dunlop defied his captors, gave hope to the sick and eased the anguish of the dying. He became, in the words of one of his men, a lighthouse of sanity in a universe of madness and suffering. His example was one of the reasons why Australian survival rates were the highest on record.

After 1945, with the darkness of the war years behind him, Dunlop turned his energies to the task of healing and building. He was to state later that, in suffering we are all equal. He devoted himself to the health and welfare of former prisoners-of-war and their families, and worked to promote better relations between Australia and Asia. He also served with surgical teams in another theatre of war, Vietnam, in 1975.

He was active in many spheres of endeavour. In his own field of surgery, he pioneered new techniques against cancer. He became closely involved with a wide range of health and educational organisations, and his tireless community work had a profound influence on Australians and on the peoples of Asia. As well as numerous tributes and distinctions bestowed upon him in his own country, he received honours from Thailand, India, Sri Lanka, and the United Kingdom.

In addition to his knighthood in 1967, 'Weary' Dunlop received many honours and awards throughout his life, including; the Order of the British Empire (1947); Companion of the Order of Australia (1987), Knight Grand Cross of the Order of St John of Jerusalem (1992), Knight Grand Cross (1st Class) of the Most Noble Order of the Royal Crown of Thailand (1993); Honorary Fellow of the Imperial College London; Honorary Fellow of the Royal College of Surgeons of Edinburgh; Honorary Life Member of the Returned and Services League of Australia; and Life Governor of the Royal Women's Hospital and the Royal Victorian Eye and Ear Hospital. 'Weary' Dunlop has also received the honour of having the Canberra suburb of Dunlop named after him in 1993.

In 1976 he was named Australian of the Year and in 1988 he was named one of '200 Great Australians' (and according to his sons John and Alex, surely one of Australia's 200 worst motor car drivers!). His image is on the 1995 issue Australian fifty cent coin with the words 'They Served Their Country in World War II, 1939 – 1945', surrounded by strands of barbed wire.

'Weary' Dunlop also has a platoon named after him in the Army Recruit Training Centre, Blamey Barracks, Kapooka. Weary Dunlop Platoon is a holding platoon for recruits that want to leave training.

In 1976 he was named Australian of the Year and in 1988 he was named one of '200 Great Australians' (and according to his sons John and Alex, surely one of Australia's 200 worst motor car drivers!). His image is on the 1995 issue Australian fifty cent coin with the words 'They Served Their Country in World War II, 1939 – 1945', surrounded by strands of barbed wire.

'Weary' Dunlop also has a platoon named after him in the Army Recruit Training Centre, Blamey Barracks, Kapooka. Weary Dunlop Platoon is a holding platoon for recruits that want to leave training.

The University of Melbourne Young Achiever Award will honour the spirit of Sir Edward "Weary" Dunlop in its search for a student player who exemplifies the attributes that he made famous: leadership, academic endeavour and sporting excellence.