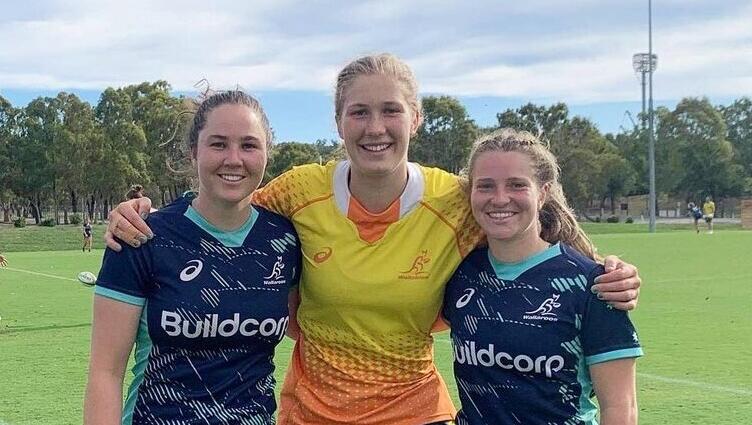 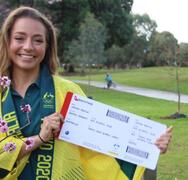 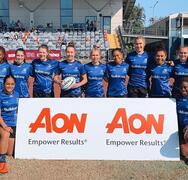 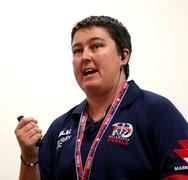 Whilst most University of Melbourne students are taking a break from what’s a been a highly unpredictable academic year, Tiarah Minns barely had time to put her first-year Bachelor of Science and Agriculture studies to one side before heading to Canberra last week on a different pursuit of excellence.

Tiarah has just spent six days at the Australian Institute of Sport with the Australian Women’s Rugby Union team, the Wallaroos, at their preparation camp for the 2021 Rugby World Cup in New Zealand.

As one of the two current recipients of the University’s Rugby Young Achiever Award, a partnership scholarship with the Melbourne University Rugby Football Club (MURFC) that’s now in its eleventh year of operation, Tiarah has been assisted in managing her studies and playing for MURFC and the Rebels Super W franchise.

Not surprisingly MURFC Coaching Director Jason Jones described Tiarah as a delight to have around the club.

“Whilst she’s shy, respectful and modest off the field, once she starts playing she has a fearless work ethic that’s a pleasure to watch,” he said.

The pathway as an elite student-athlete to this point for Tiarah has been typically unusual.

A chance encounter with Rugby Union as a 15-year-old through cross training for her Victorian Netball League club lit a some sort of fuse for her and she was soon dabbling in Rugby 7s.

A few years later in 2019, as the commitments of school and potential future studies piled up, Tiarah chose rugby over netball as her immediate representative sport.

“It all happened pretty quickly,“ she said this week. “I loved both 7s and 15s and the actual decision was quite simple.”

Early in 2020 she was selected by Rugby Australia in the almost beautifully named, Players of National Interest, or ‘PONI’ squad, and despite suffering more than most of the country through COVID restrictions in Victoria, she now finds herself in the mix for next year’s World Cup.

Tiarah is currently working through her second-year study plans at Melbourne and the University’s recently updated elite athlete agreement with the Australian Institute of Sport will ensure the academic flexibility she’ll need for all eventualities.

It’s a journey she wasn’t planning for just a few years ago but one she’s loving.